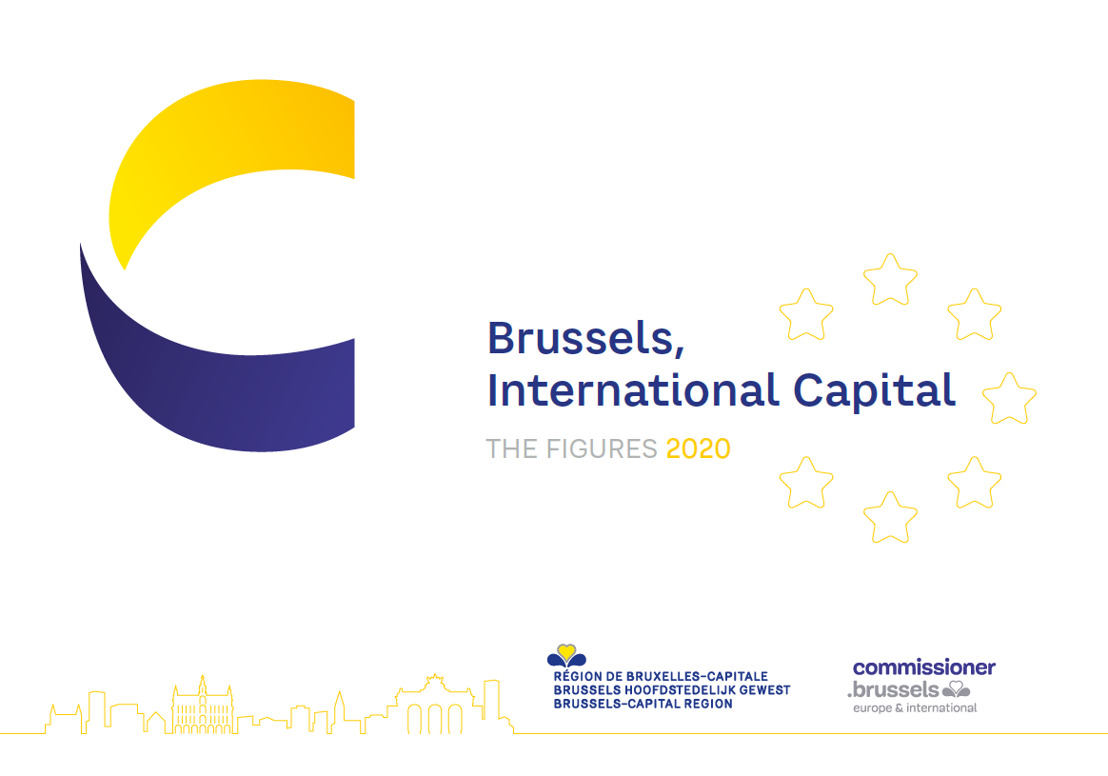 The proposed key figures also pay particular attention to the economic impact that the European and international institutions generate for the Region. They will surprise many, both sceptics and attentive  bservers. A first publication "Brussels-Europe. The figures 2016" summarised all the data in a concise manner. "Brussels, International Capital - the 2020 figures" updates and deepens the available data through the use of new tools and methods.

The figures illustrating the impact on the Brussels economy and employment are based on a study carried out by the Vrije Universiteit Brussel (VUB - R&D department) on behalf of the our office and on statistical data provided by the Brussels Institute for Statistics and Analysis (BISA). With the exception of the statistical data provided by BISA, most of the data relate to the period 2018-2020. The impact estimates cover the years 2016-2017, including lobbying activities, but do not include the activities of foreign and multinational companies based in Brussels. For a detailed description of the method to quantify the impact, we refer to the report "Estimulations of the Economic Impacts of International and European Institutions on the Brussels-Capital Region using a Local Multiplier Approach" by Nicola Francesco Dotti, André Spithoven, Walter Ysebaert (VUB, 2020, in revision).

“Today, the health crisis caused by the Covid19 pandemic is affecting the whole world. In the light of this, the stable international presence in Brussels is even more important, a situation that many other capital cities envy us. It is therefore crucial to continue to invest in this important sector for our economy and employment, and thus work towards reviving the international attractiveness of Brussels and the return of the many visitors that this status brings with it.” – Alain Hutchinson, Commissioner of the Brussels Government

"Since the 1950s, Brussels has evolved into a truly international metropolis and a world-class political and diplomatic centre. This new publication from the Brussels Commissioner for Europe, a body set up by the Brussels Region to welcome these institutions and their staff, confirms the importance of this presence, both for the population of Brussels in all its diversity and for employment and economic activity in the Region. Indeed, it can be estimated that this presence generates up to one fifth of the economic activity of the Brussels-Capital Region and represents more than 20% of regional jobs, with an obvious importance for sectors such as business and leisure tourism, the hotel industry or the organisation of events. This justifies more than ever taking this status into account through our regional policies. » - Rudi Vervoort, Minister President of the Brussels-Capital Region

“This study reminds us once again of the role which Brussels plays as an international and European capital to which it owes a huge part of its prosperity. Behind these figures there is also an inescapable reality that Brussels is not only the capital of our country, but also, and above all, a metropolis whose international and cosmopolitan character is strongly branded in its contemporary identity. Anyone who thinks that this crisis will put an end to this international mission is mistaken. In the coming years, our first challenge will be to reposition ourselves as a resilient and renewed city with the same undiminished international conviction. This is not only our international obligation, it is also indisputably the essential foundation for our prosperity and well-being.” – Pascal Smet, Secretary of State for European and International Relations