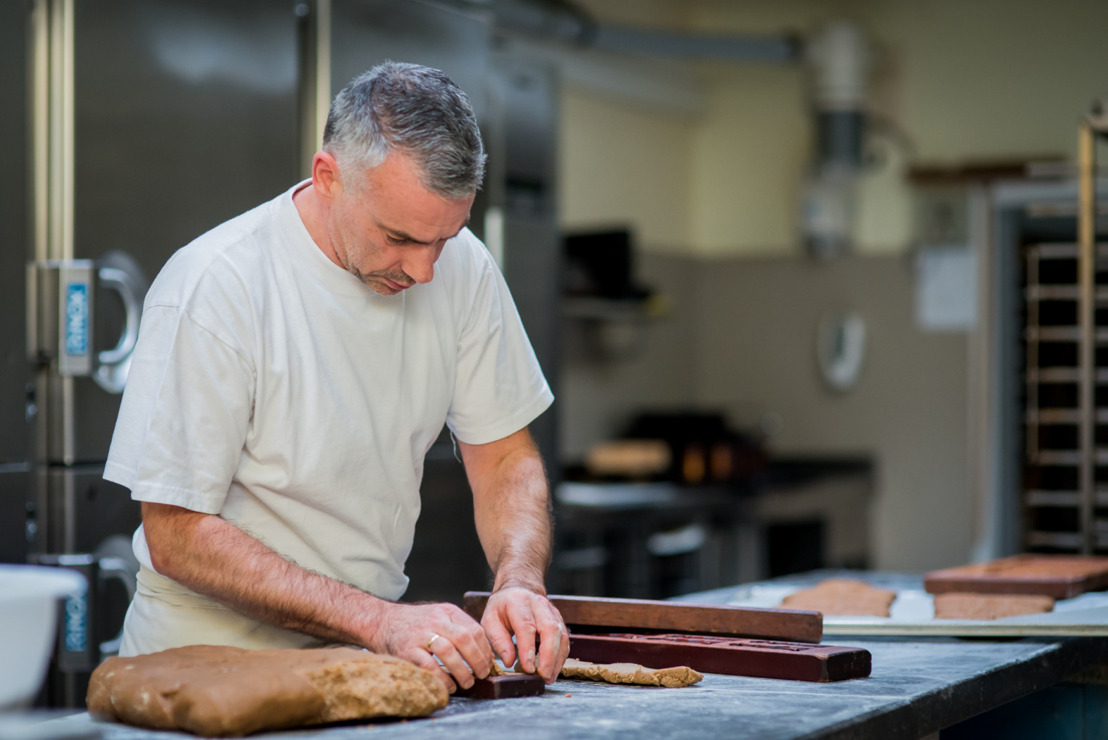 Its rich flavour traditionally consists of a combination of brown sugar, flour, butter and a carefully selected variety of herbs including cinnamon, cloves and cardamom, among others.  Even today, many artisanal biscuit ateliers and bakeries in Belgium, and from November onwards specifically in Brussels, pour that mixture into a wooden mould with the image of Sinterklaas.

Speculooos symbolises festive memories of our children's lives and it comes as no surprise that its caramelised flavours are part of our collective memory. We all know the pleasure of soaking it in a hot drink or crisping it off.  All this proves how fond we are of its shape, texture and range of flavours.

“Speculoos is our heritage. We have to protect it. I would like to thank Maison Dandoy and the artisans for defending the history and craftsmanship of our speculoos passionately. Just as it did before for the frietkoten and the chicory cultivation, the Region now includes our speculoos in its heritage inventory. This way, the biscuit is protected and valued forever,” Pascal Smet.

The request to include speculoos and its artisanal production in the inventory of intangible cultural heritage was taken up by Maison Dandoy and the non-profit association Tartine et Boterham.

The decision of a multinational to remove the word "speculoos" from its packaging, shows even more how important it is to value and protect this Brussels culinary heritage. Besides Maison Dandoy, around thirty artisans are still making their speculoos in Brussels. Thanks to its ancient recipes, the delicacy is renowned not only in Belgium but also abroad. The Sinterklaas period and the holiday season generate a peak in production. So the tradition remains very much alive in Brussels.

Through this inscription, the Brussels Region wants to appreciate unique craftsmanship, as it has done before for the brewery culture and the frietkoten. The protection of a tradition and the support of artisans guarantee a high-quality product.

Speculoos is almost unanimously recognised as a Belgian speciality, although it also can be found outside our national borders, for example in Germany, northern France and the Netherlands - from where it is said to originate. This popular delicacy fits perfectly in a city for gourmets like Brussels.

Therefore, it comes as no surprise that one of the oldest known ateliers, Maison Dandoy, is located in Brussels, close to the Grand Place and St Nicholas Church. Already since 1828, it offers a delicious portion of sweets.

From generation to generation, the Dandoy family passes on its traditions to its apprentices. They create very large sized speculoos following the traditional recipe. This way, the general public and the many foreign tourists can still enjoy the craftsmanship of Maison Dandoy's ancestors.

Even though the artisanal production remains seasonal due to the inseparable link with the holiday period, speculoos is produced all year round because of the great interest for it and the accessibility of the ingredients. This applies both to specialist shops and to industrial production, which developed particularly in Flanders at the end of the 20th century and led to new designs, production processes and recipes, through the use of substitutes.

Speculoos is a source of creativity. The various recipes, the packaging and the handcrafted wooden mould that shapes the batter. The know-how to make such moulds has almost disappeared, which makes them very popular with collectors.

While the biscuit recipe itself is not excessively difficult, it requires a great deal more skill to shape it. Training workshops are beginning to open up to the many people who are eager to learn this special handicraft.

Over the past 20 years, gastronomy has also embraced this popular biscuit, which now lifts numerous dishes to a higher level, both sweet and savory, as speculoos combines perfectly with both options. The biscuit is also present in literature, art and even in the name of a space programme in which Belgium is involved.

About a hundred people are involved in the production and sale of speculoos in Brussels, especially in the area of Woluwe, where most of the ateliers are located. Maison Dandoy alone produces 100 tons of the delicious biscuit every year!