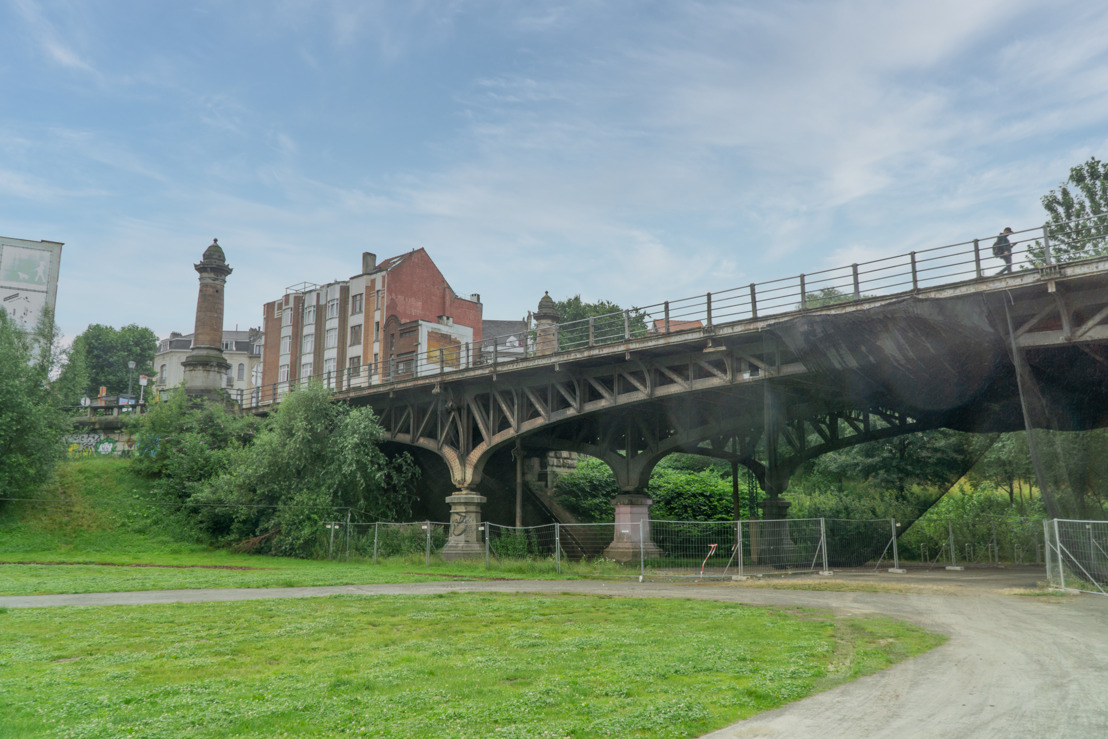 “Seeing Pont du Jubilé in this condition saddens me every time. We are going to make the bridge beautiful again. It will be another landmark on the Tour & Taxis site.
I would like to thank Mrs Dutordoir and the SNCB for the solution-oriented cooperation. Together we have finally been able to unblock this difficult dossier, which had been dragging on for years,” says Pascal Smet, Brussels State Secretary for Urbanism and Heritage.

“Pont du Jubilé is a protected monument and part of Brussels’ heritage. Brussels Mobility will take its responsibility to take care of the bridge's maintenance. In this way, we will also ensure the safety of cyclists and pedestrians who want to enjoy the magnificent park under the bridge”, says Elke Van den Brandt, Minister of Mobility and Road Safety.

“The SNCB is delighted with the agreement with the Brussels-Capital Region to integrate Pont du Jubilé permanently in the capital’s heritage. This railway bridge is indeed a tribute to the role that the SNCB has played in the mobility of the capital for more than 100 years. Today, this is reflected in a fully sustainable transport offer,” says Patrice Couchard, Director of Stations for the SNCB.

The regional urbanism service, urban.brussels, will manage and finance the renovation together with the SNCB. Half of the total renovation costs of 8 million euros will be paid by urban.brussels and the other half by the SNCB.
After its renovation, the property of the bridge will be transferred to the Brussels Region for a symbolic euro. Once the bridge is operational, Brussels Mobility will be responsible for its maintenance and after the property transfer, it will also be in charge of the bridge’s management.

The Belgian State Railways built Pont du Jubilé, before known as “Le Pont Monumental”, in 1904 during the construction of Boulevard du Jubilé and Boulevard Émile Bockstael. The aim was to bridge the railway lines leaving from Tour & Taxis. This bridge with a central span of 41 metres has been listed as a monument by the government of the Brussels-Capital Region in 2007.

It rests on two abutments and several polygonal bluestone pillars. On both sides there are monumental columns in polished granite, with bluestone bases and heads. Originally, wrought-iron lanterns in Art Nouveau style were attached to the pillars. A metal parapet now replaces the original wrought-iron balustrade decorated with Art-Nouveau motifs. In cooperation, a contemporary solution that suits the bridge will be sought.

In 2001, the tracks on the Tour & Taxis site were removed and in 2008 the land under the bridge was sold. The site under the bridge is now part of a long park that stretches from Avenue du Port to Place Emile Bockstael.