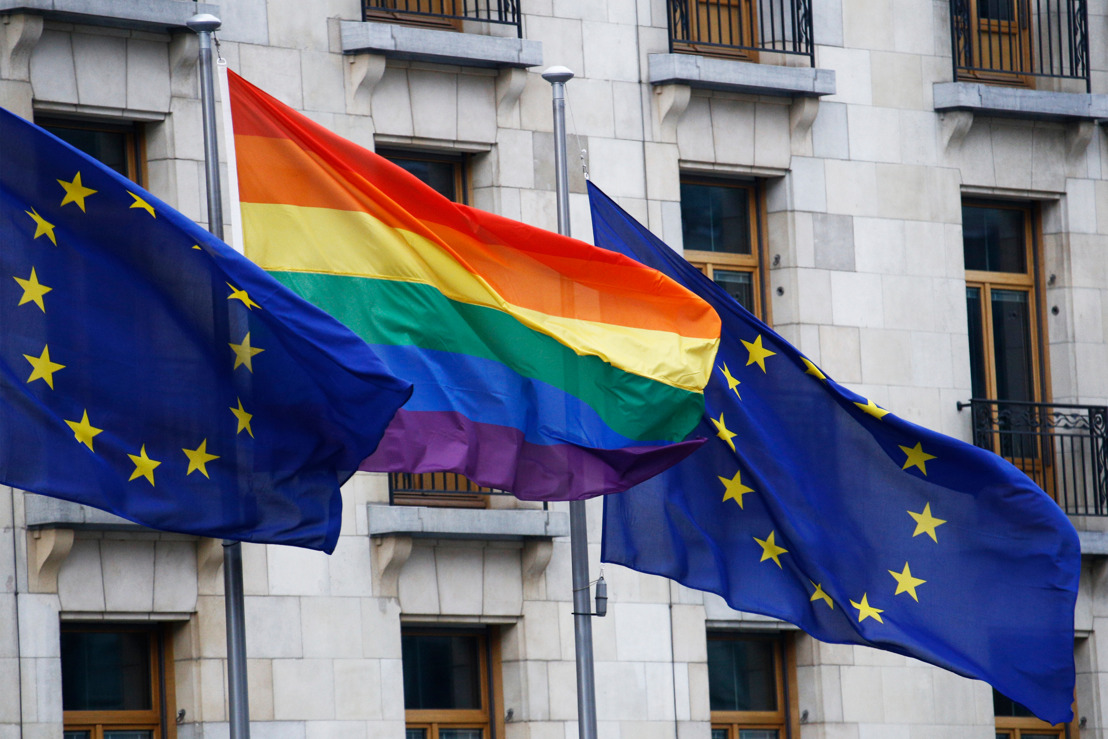 Being in charge for European and International Relations, Pascal Smet actively develops ties with progressive cities and organisations. By conducting ‘urban diplomacy’, he aims to enter into active debate and to cooperate on a wide range of themes, even when they are less obvious.

Pascal Smet has visited Poland in November, during an economic and political mission, and has met with various official representatives and representatives of organisations, including LGBTQI+ activists. This has resulted in concrete cooperation.

“Brussels wants to play a leading role in the fight for LGBTIQ+ equality, within our city and beyond. With the released funds, the Brussels organisation Forbidden Colours will be able to fight for LGBTIQ+ rights in two places where these rights are currently under enormous pressure. Because love should always and everywhere be just love, but unfortunately, this is not always and everywhere a given today,” said Pascal Smet, Brussels State Secretary for European and International Relations.

In recent years, the LGBTIQ+ community in Poland and Hungary has been put under heavy pressure. For example, Viktor Orban's government has introduced an anti-LGBTIQ+ propaganda law this year. This law prohibits talking about LGBTIQ+ equality in places where children are present, such as schools.

The Polish government is also pursuing a repressive policy towards its LGBTIQ+ citizens. Since 2019, several Polish municipalities and provinces have introduced resolutions declaring themselves ‘LGBTIQ+ Free Zones’.

“As the capital region of Europe, it is our duty to support the inclusion of LGBTQIA+ persons and to promote it in other European countries. The Region’s support for the activities of Forbidden Colours coincides with the future Brussels Plan for the Inclusion of LGBTQIA+ people. This plan does not only include increased support for associations, but also several actions to ensure that the Brussels Region becomes a driving force in defending the rights of LGBTQIA+ people in its international relations,” explained State Secretary for Equal Opportunities Nawal Ben Hamou.

Forbidden Colours will use its financial support for the further professionalisation of two local organisations with which it already worked.

The Polish LGBTIQ+ Friendly School Ranking is a successful project on LGBTIQ+ inclusiveness in Polish education. With the support of Forbidden Colours, the project had its breakthrough in 2020, also thanks to the 22,000 students who rated the attitude of 2,500 schools towards LGBTQI+ people. Forbes & McKinsey, among others, awarded the project.

Budapest Pride is the most important LGBTIQ+ organisation in Hungary. Among its hundreds of events is the annual Budapest Pride parade, which has attracted 35,000 people this year.

Thanks to the financing, Forbidden Colours will be able support both projects for one year, both financially and organisationally, in order to offer them a sustainable future.

“The LGBTIQ+ communities in Poland and Hungary have been through a difficult year. By supporting them, we help them turn the tide. Brussels takes its responsibility as the capital of a democratic Europe,” said Forbidden Colours executive director Rémy Bonny.

Forbidden Colours monitors anti-LGBTIQ+ initiatives and has extensive advisory experience at EU level on LGBTIQ+ rights and democratic decline. The Brussels-based organisation was the main advocate for EU sanctions against attacks on LGBTIQ+ rights in Hungary and Poland.

Forbidden Colours also collects and raises funds to support organisations with which it carefully selects projects that help the LGBTIQ+ community secure their human rights and equal opportunities in European societies. This non-profit organisation is linked to a fund managed by the King Baudouin Foundation, whose mission is to contribute to a better society.