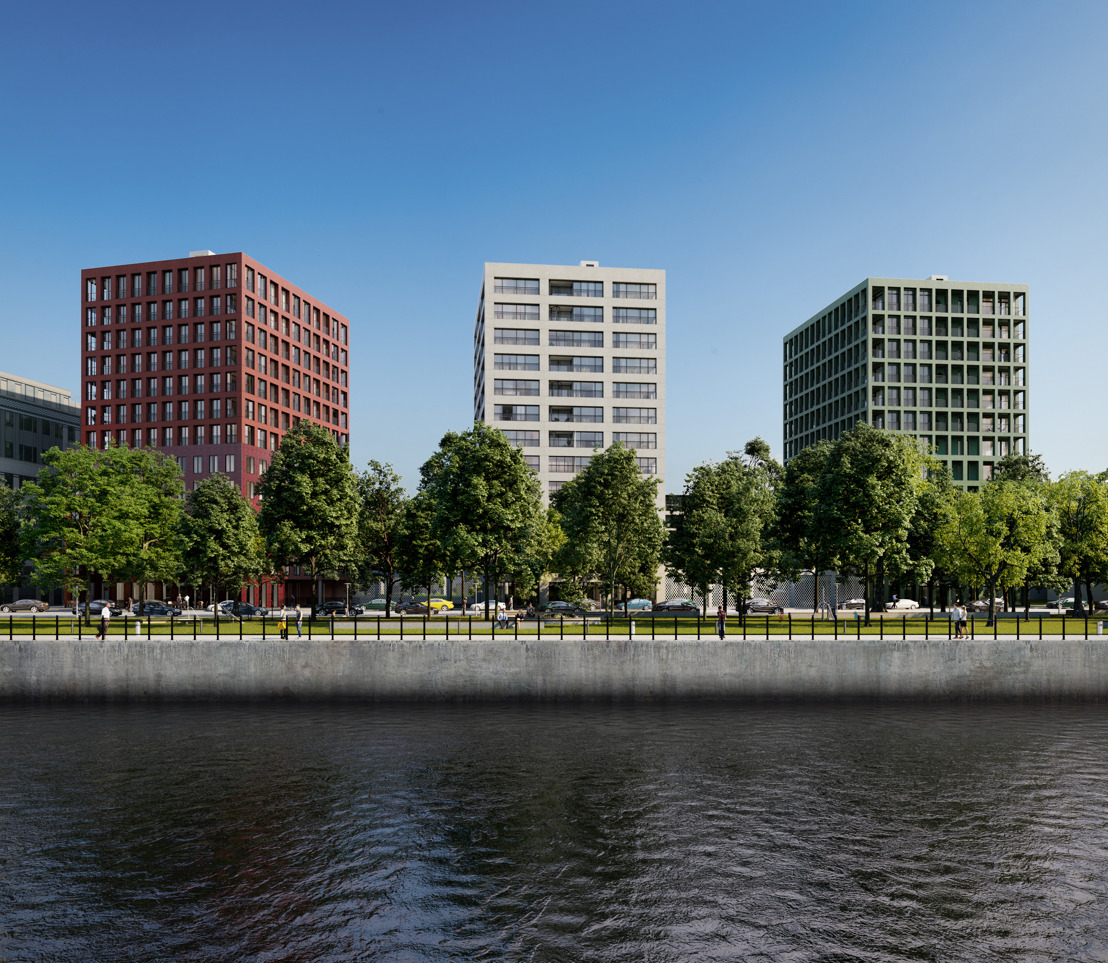 “Thanks to this project, the Canal Zone will attract new residents and activities. These buildings used to be offices only, meaning there was no activity in the evenings or at weekends. Now, they will host dwellings, offices, a hotel, a crèche, sport halls and shops. This strategically important neighbourhood between the city centre and Tour & Taxis and close to the Northern Quarter will revive. The project will not be an isolated fortress, as in the past, but will blend in smoothly with the Maritime quarter,” Pascal Smet explains.

The KBC bank offices were built in the 1990s, along Avenue du Port, but the reorganisation of KBC makes room for new urban functions. Indeed, the project includes 216 homes (mainly with three rooms), but also a hotel with 139 rooms, offices, a crèche, a sports hall and shops. Since the current office building cannot be adapted to the latest housing standards, its demolition was agreed.  The new project will extend Rue Le Lorrain and this way create a better connection from the neighbourhood behind it to the canal and the future Beco park.

The first project was submitted to the Brussels authorities at the end of 2018. After a guidance process and the consultation committee, the project developed into its final shape in January 2020. Between March and June 2020, the public consultation took place.