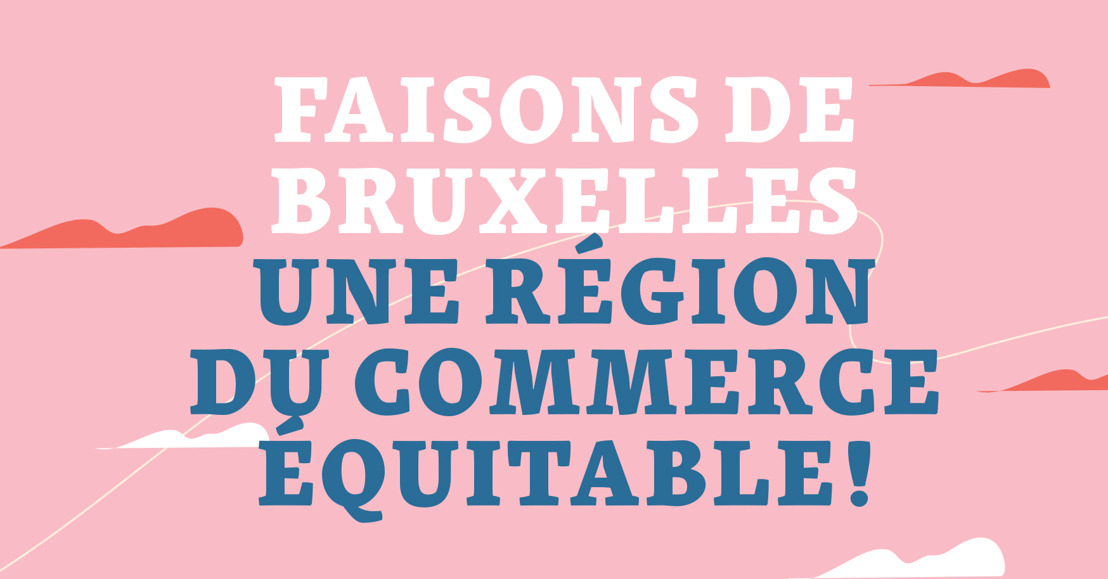 “Making Brussels a Fair Trade Region is not only a lever towards social and democratic entrepreneurship, but also, in my view, a necessary commitment to the universal respect of a decent life in Brussels and in the world,” says Minister-President Rudi Vervoort.

“We are preparing Brussels for a bright future. And thinking of the future also means thinking of sustainability and fairness. To become the first Fair Trade Region in Belgium, we have to meet six criteria, to which we are committing ourselves today. As a government, we are going to set a good example. Solidarity, fair work and a fair society start with all of us individually, but also collectively. So, together with all the people of Brussels, we are going to work on this,” says Pascal Smet, Brussels State Secretary for Foreign Trade and Development Cooperation.

“The importance of fair trade cannot be emphasised enough. The fair wages in this sustainable form of trade give the local population a real opportunity for a better life. To me, that is what international solidarity is all about. Together, and with joint efforts at all levels - from local to federal - we can make Belgium a Fair Trade Country,” says Meryame Kitir, Minister of Development Cooperation.

“Making Brussels a fair trade region means pursuing a redistributive and regenerative economy. It means leaving superficiality behind and putting the economy at the service of the people and the planet,” says Pierre Santacatterina, general manager of Oxfam Worldshops.

Criterion 1: Government and parliament of the Region

The fair trade platform consists of the “Fair Trade Municipalities” campaign (by Oxfam-Magasins du monde, Miel Maya and Fairtrade Belgium), the Enabel Trade for Development Centre, BFTF (the Belgian Fair Trade Federation), Brussels International and hub.brussels, in which representatives of local authorities and other associations have seats.